This work is part of the collaborative CrossWorlds installation (with my collaborator O. Kisseleva), which was exhibited at Berlin House of World Cultures in 2008. CrossWorlds decodes the various political messages that were consciously encoded in this building by architects and manufacturers (the so-called building’s propaganda). It helps visitors translate the subliminal (aka encoded) information in textual form in real time by means of electronic tags called semacodes. This tag can be decoded by a mobile phone while the visitor is going through the exhibition. 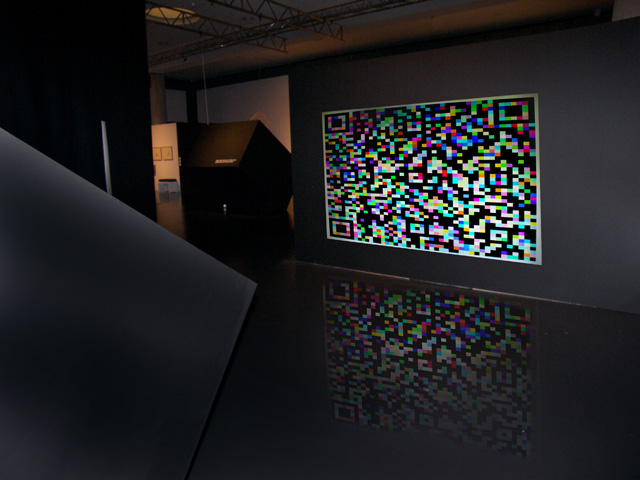 An interactive tag is generated by a computer in real time. It encodes a political message picked from a set of messages from the former soviet union, or from the USA, depending on the current evolution of the Dow Jones index.

The interactive installation makes use of a set of messages of political propaganda from both the former soviet union, and the USA. The interactive tag is generated by a computer program in real time. The encoded content, namely the propaganda messages, depends on the information gathered from the internet. Here we chose to make use of the real-time evolution of the Dow Jones index in New-York. Any increase in this index would result in a higher probability for a sovietic message to be encoded, whereas a decrease would favour US messages. Here we sort of “twist” the main usage of electronic tags, namely that of advertising by directing the consumer to the website of a company. At a result we blur the border between advertisement and political slogans, since the visitor is not supposed to know in advance whether she will be led to the advertising website of a company, or read a political message.

This interactive tag was shown at the Hypothesis Verification exhibition held at Laboratory Art & Science, Moscow, and curated by Daria Parkhomenko. 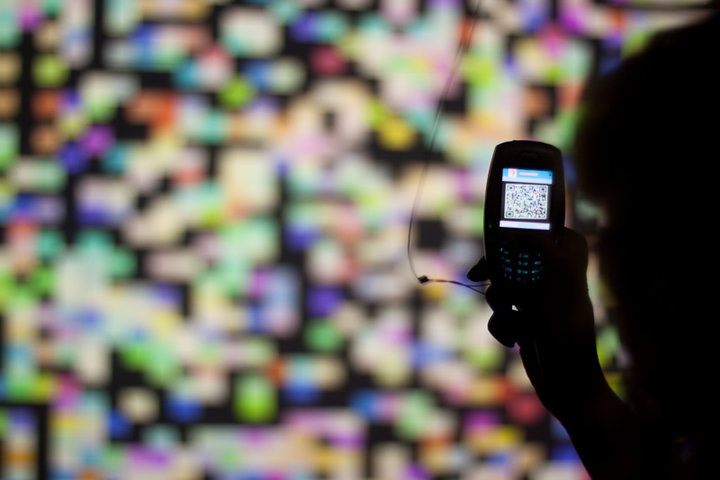